The world class graphic designer invites you to a wondrous world 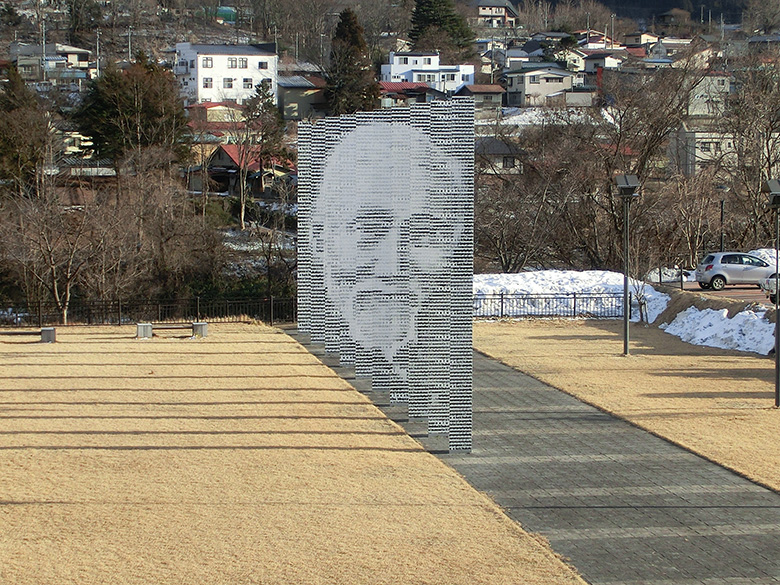 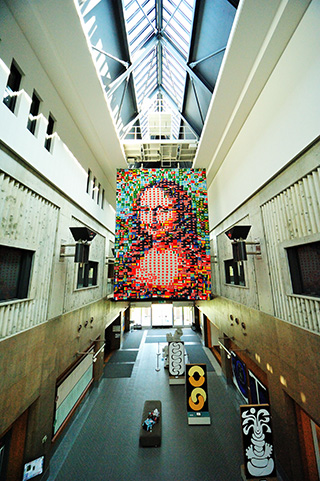 The world-famous graphic designer Mr. Shigeo Fukuda had spent his junior high school and high school days in Ninohe. Because of is the nation's only permanent exhibition hall of Fukuda’s works is located on the second floor of Ninohe Civic Center. The display includes exemplary graphic arts, three-dimensional objects and trick art works. Seeing the monument of Dr. Aikitsu Tanakadate by Mr. Fukuda, the “Romaji-no-uchu (the universe of Roman characters)” from the inside is something you cannot afford to miss. The more we look at it the more it draws us in to the wondrous world it creates. Mr. Fukuda’s works are blended seamlessly in to Ninohe, allowing us to experience his art on a daily basis.